The Liverpool School of Tropical Medicine is a company limited by guarantee and currently has 66 members, 12 of whom make up the Board of Trustees.

Members meet at the Annual General Meeting where they elect the Board of Trustees, effectively the company board of directors

It is the Board’s responsibility to bring independent judgement to bear on issues of strategy, performance, resources and standards of conduct.

The Board of Trustees conducts its business through a number of formal committees. Each committee has terms of reference that have been approved by the Board. 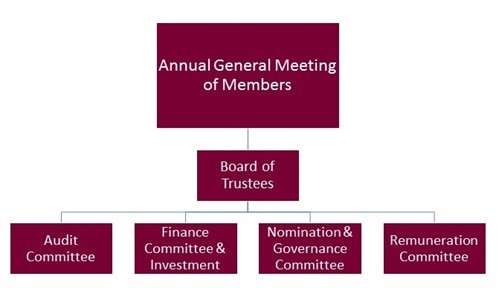 LSTM is honoured to have Her Royal Highness The Princess Royal KG KT GCVO as Patron.

LSTM’s President and Vice-Presidents are distinguished individuals drawn from the field of academia, business and politics and are committed to assisting LSTM in fulfilling its mission. They willingly give their help and advice and support in approaches for charitable donations.